We woke up about 8:30 and went down to breakfast. This time we splurged and had scrambled eggs and orange juice. Then we set out with the tour group about 9:30 to check out the local fashion houses. We took the metro. Margaret commented that the Sisters seemed to know what they were doing this time, but only because Harry was with us! Margaret and I bought 10 metro tickets each while we were at the station so we wouldn't have to buy them individually later. We had enough days left to use them.

When we arrived, the Sisters showed us where we were going to meet at 10:40 for the official tour. Then we set out with Harry and Margaret to visit the Muscee de l'costumee, the Fashion and Costume museum. The entrance fee was only 6 francs with a student discount. The museum houses dresses and gowns from the old days to the present. The employees were keeping their eye on Harry because he wanted to use his flash to take pictures. No flash!

After looking around for a while, we met the rest of the group at the fashion house of Yves Saint-Laurent. We saw a movie of one of their runway shows. It was over an hour long and included over 180 designs. We didn't see anything we liked. French fashions - ugh! We were both falling asleep. Even the fashion majors were having trouble staying awake!


After the movie, we went out with Harry and Margaret again, this time to the Eiffel Tower. For 22 francs, we were able to ride the elevator to the second floor. What an experience! It was a bit foggy, but the sun was out and we had a fantastic view of the city. Very beautiful. We bought some souvenirs at the gift shop including mini statues of the tower, postcards, and key chains.


Then the McHughes talked us into going to a Chinese restaurant. Neither one of us is into Chinese food and this restaurant didn't change our minds. I tried some weird chicken soup and some of Harry's egg roll. Yuck! (Since then I have developed a taste for Chinese Food, although it's still not my favorite).

We were a little late for the tour of the Givenchy boutique. It was a lot more interesting than the other one. We met one of the models, a very pretty woman from Georgia. She wanted to be called a Georgia Peach. She was really something else, telling it exactly like it is in the industry. It seems so glamorous, but they work very hard. It's competitive to say the least. As we were leaving, we were given folders about Givenchy.

We were back at the hotel by 4:00. Time to search for dinner. We wandered around for a while and ended up back at the "blinkety blink" that Jacques told us about that first day. It was about 6:15 and the owner was having dinner. Wish he would've put the closed sign on the door. We sat in the restaurant while he finished his meal, about 7:00. Anyway, I had the fried steak, Margaret had chicken. We met the owner's dog, Titti, a little mutt, very cute. By the way, we were surprised that people take their dogs everywhere from stores to restaurants. They're not allowed anywhere like that back in the USA. The most popular breed seems to be afghans.

We went back to the hotel around 8:00. We watched some television, as usual. The commercials advertise a lot of American products from Silver Stone to Vicks. We couldn't find anything really interesting, so we went to sleep. The horns blaring outside, nor the metros traveling underground and vibrating the room could bother us.

Friday, January 11, 1985
Today we got up about 8:00 AM and headed down for breakfast. We only had time to eat a half of a roll because the Sisters wanted to leave at 9:00 for our adventure of the day. Thanks for letting us know! We took the metro to the train station and somehow managed to get on the right train to Versailles. We arrived after 10:00. It was snowing, but what a beautiful sight!

We waited about 20 minutes for our English-speaking guide. The tour cost twenty francs each. The rooms are incredible, especially the opulently decorated King's and Queen's bed chambers. They're trimmed with gold like the rest of the palace and contain various paintings. King Louis XIII, XIV, and XV all resided there. The guide told us that Mozart performed in the palace when he was only seven years old. The Hall of Mirrors was the most impressive room. It would be perfect for a very lavish wedding reception! Oh, to live like queens. Must've been interesting to say the least.
We arrived back at the hotel about 3:00 and decided to watch a little television while we defrosted. They were only three channels to choose from, but we found something interesting. Would you believe "Magnum, PI" was on in French? It was funny to see Tom Selleck speaking a different language in Hawaii. (For those of you not familiar with Magnum and Tom Selleck, it was a hugely popular television show in the 80s about a private investigator in Hawaii. Tom's on Blue Bloods these days).

Later we went shopping around the neighborhood and wandered pretty far. We found a little perfume place that sells Nina Ricci. I wanted to buy the L'Air du Temps for Mom, but I was still having trouble with the crystal dove part. The saleswoman spoke no English, so it was hysterical trying to ask for the perfume bottle with the doves on the top. We had to do a lot of hand motions, but thought we managed to communicate with her. She told us to come back the next day and she would have a small bottle for 160 francs. Only $16. Sounded like a good deal to us, if we could remember how to get back to the store.

We ate at a restaurant not far from the hotel with two girls from our group. I had quite a surprise when I ordered a hamburger and chips. The burger was served with no bun, but it had a fried egg on the top. That's the way they usually serve them. I forgot to ask for the bun! Al least the french fries were regular. It was pretty good, though. We had a fun time trying to split the bill four ways.

Margaret and I set out for more shopping. We found some really neat music stores, all on one corner. There were shops that specialized in violins, cellos, harps, guitars. We watched some of the men actually making the instruments. Fascinating. In one store, I bought a handmade bust of Beethoven for 120 francs, about $20.

We also found a post office and bought stamps for postcards. That was a challenge. Luckily, a lady standing in line behind us spoke French and English and was able to help us out. We had to buy three stamps for each postcard. We also stopped at a grocery store. There were so many American products including Ritz Crackers, Green Giant vegetables, Coke, and Nestle's chocolate bars. Margaret bought a chocolate bar there and a loaf of French bread at a nearby bakery. We asked the lady there for directions back to the hotel. She just waved her hand back and forth like the hotel was hot stuff and said, "woo woo woo," whatever that meant. She never did give us directions. Luckily, we found our way back about 7:00 We spent the evening writing out postcards to put in the mail the next day. Watched some television. Julio Iglesias (very popular singer in the 80s) was interviewed on a music show. He spoke French so we didn't understand a word. However, he sang his hit, "Moonlight Lady," in English. Margaret called her Mom at 11:00. It took her an hour just to get a line. The operator asked her a million questions before she would put the call through.
Links of Interest:
Palace of Versailles Wikipedia
http://en.wikipedia.org/wiki/Palace_of_Versailles 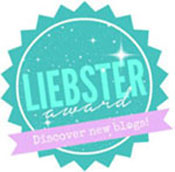